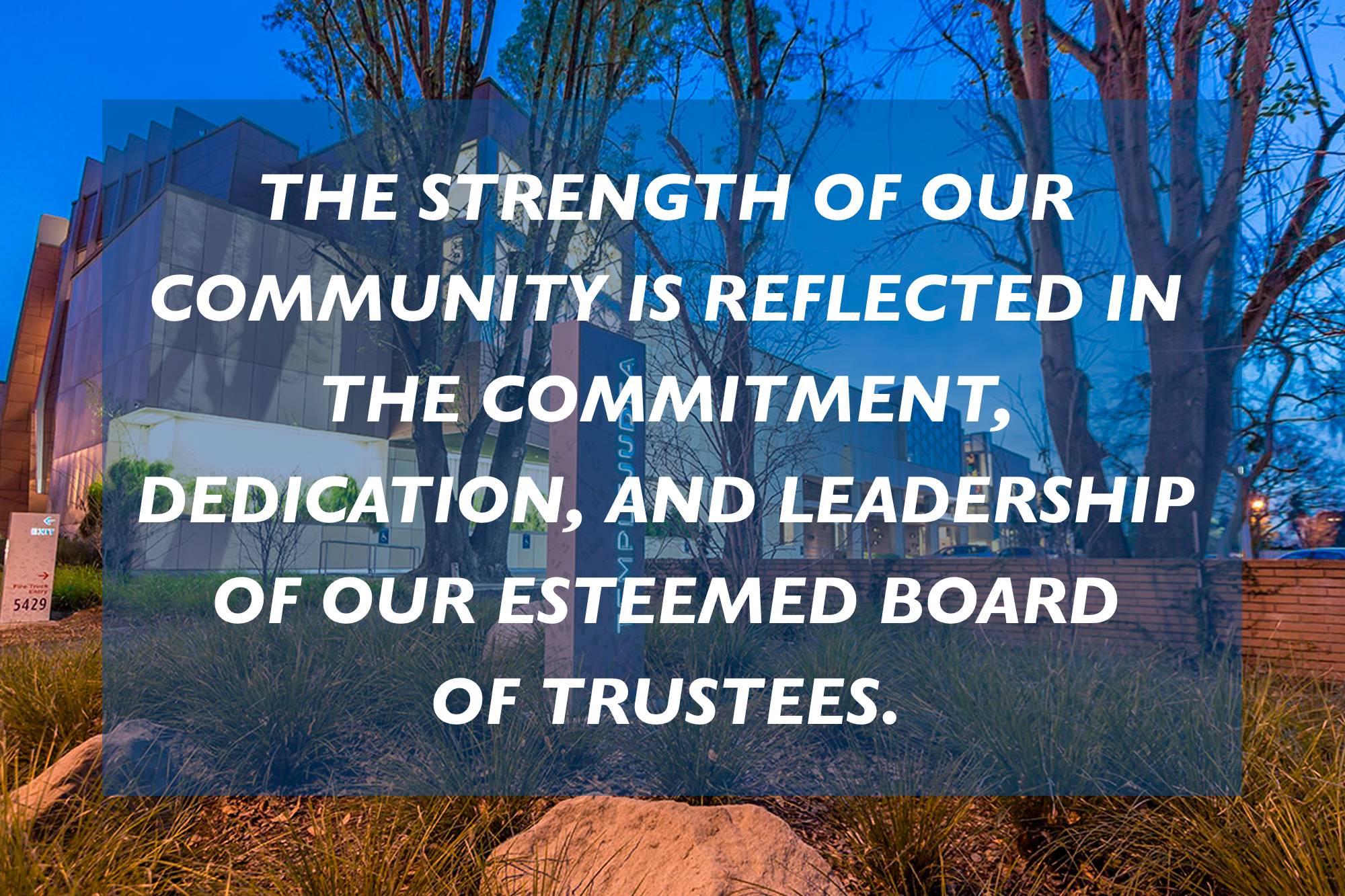 Temple Judea's Board of Trustees is comprised of a dedicated group of lay leaders elected by the congregation. As defined by the Bylaws, the job of the board is "to manage the affairs, funds and property of the Congregation."

In addition to the Executive Committee, there are 12 elected trustees. Most Trustees are assigned specific responsibilities during their term in office.

The Rabbis, Cantors, Executive Director and Education Director, serve as non-voting ex-officio members of the board.   Many past presidents of the congregation are active members of our community. Under the Bylaws, these past presidents serve in an advisory capacity to the board.

The Officers, Trustees and ex-officio members meet at least eight times per year. With a few exceptions, board meetings are open to the congregation.  Meetings are scheduled for the second Wednesday of the month at 7pm.